(The action or skill of making objects on a lathe:)

I do not consider myself to be a turner more a maker who uses a lathe in his work.

There are many craft or hobby turners who get great enjoyment from turning bowls, plates and candelsticks.  They get immense enjoyment from these activities, however many are reluctant to make multiple copies and often fail to recognise the requirements of Antique Restorers and others.

Having approached this from a restorers point of view I am able to offer a service to other craftsmen who do not possess a lathe or the desire.

This gallery shows a body of work I am proud of.  Below that there are more detailed descriptions. 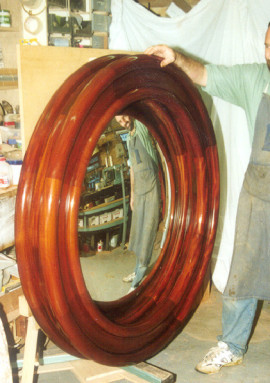 A large convex mirror in a Brazilian Mahogany frame.

After machining, jointing and turning on the lathe I

French Polished and waxed it. 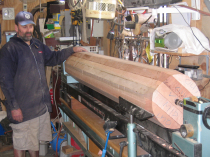 I do not use a copy lathe but can as you see I can turn small or large diameters and long items.

Additionally I can produce and french polish a finished item.

He we have Rosewood stretchers long and short.  One of each is original, the others I have made and polished. 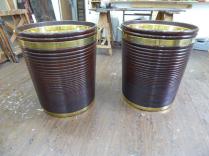 Pair of peat buckets I turned for a restorer who polished and added the brass work.

In the car for scale. 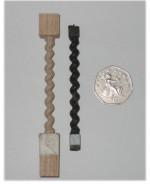 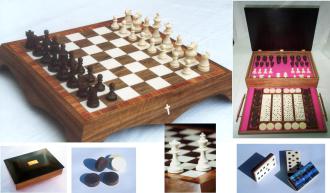 This commission was from client who desired to have a games compendium without any games of chance.  This was in deference to his religion which is reflected in the latin cross inlaid on both sides.

Also a playing board in the style of an Opium table, also made of Walnut inlaid with Tuilip Wood around a playing field of Alternative Ivory and Cocobola.

The men and draughts also made of Alternative Ivory and Cocobola are contrated by the dominoes which are backed in Alternative Abalone. 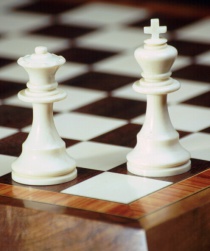 Also a playing board in the style of an Opium table.  Made of Walnut with Tulipwood cross banding around a playing field of Alternative Ivory and Cocobola. 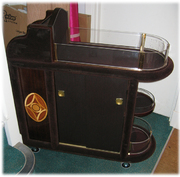 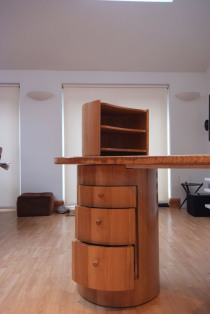 After turning on the lathe I inserted the drawer parts.